"Suffer as the wildlands have suffered!"

Most dryads embrace the peaceful and whimsical existence found in Kalimdor’s enchanted wildlands, but in the case of Lunara, peace was never an option. Furious with the denizens of Azeroth for their callous and destructive treatment of nature, but forbidden from interference by her father Cenarius, Lunara now aims to unleash nature’s fury upon the unsuspecting heroes of the Nexus!

A ranged assassin Hero, Lunara could be described as having a “hit and run” combat style. Dryad’s Swiftness, Lunara’s passive movement ability, grants her a constant movement speed increase when bouncing around the Nexus. Using this in conjunction with her significant ability and attack range, Lunara is able to engage with an enemy from a distance with unrivaled speed and safety.  Lunara’s trait, Nature’s Toxin, applies a damage-over-time effect to any enemies hit by her basic attacks and abilities.  Utilizing this trait with her Noxious Blossom and Crippling Spores abilities, Lunara players will be rewarded for swift, careful, and constant tactical engagements. Lunara’s other basic ability, Wisp, summons a controllable forest spirit to travel to an area and grant vision to Lunara’s team. Usable both as a defensive ward or offensive scouting tool, effective and creative Wisp usage will separate the good from the great Lunara players.

Lunara's Heroic Abilities each offer their own unique play-style. The first, Thornwood Vine, rewards players who prefer to stay in the back of fights and slowly pick apart the enemy team by launching a stream of vines that pierce through all enemies hit. Lunara’s second Heroic Ability, Leaping Strike, will be the choice for players looking to be bold and aggressive in their engagements. Able to launch herself over an enemy and throw a spear while airborne, Lunara can use Leaping Strike to reposition and snipe high-priority targets or to escape from potentially unfavorable encounters.

Check out the Hero Page and spotlight video below to get more information on nature’s newest ally in the Nexus, Lunara! 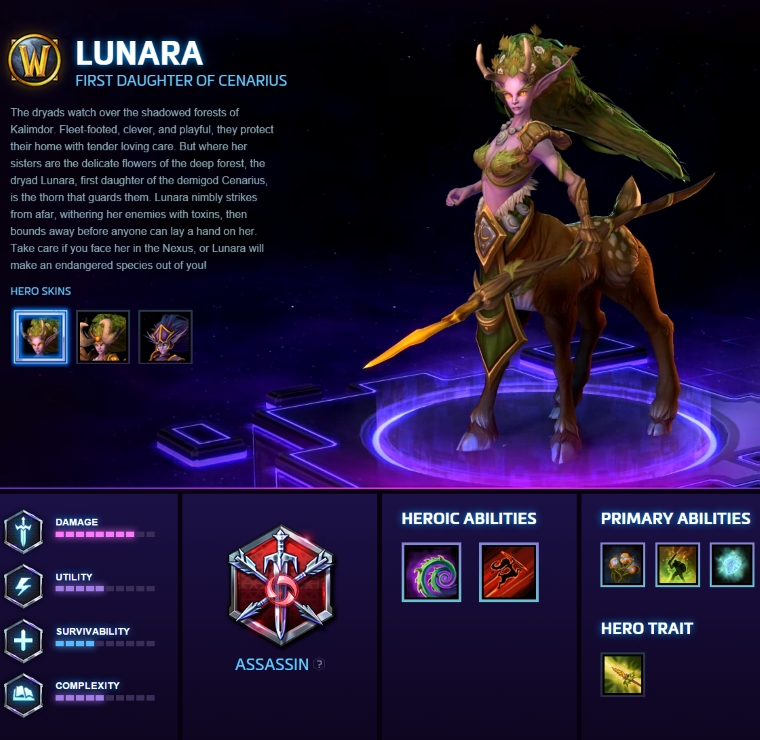 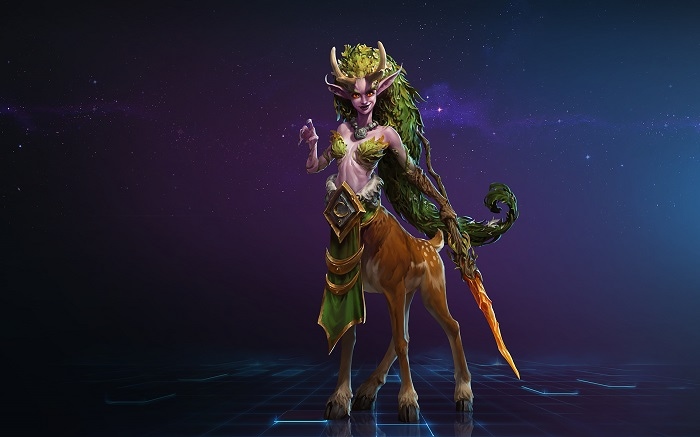